Linen furoshiki enjoy an enduring popularity.
It transforms to a bag and a reusable gift wrapping by tying up its corners.
This size is also suitable for using as a scarf and a tablecloth.

Nobuyuki Takai is a disciple of Takeshi Yamauchi (山内武志) who used to be a disciple of Keisuke Serizawa (芹沢銈介) who was a dyer designated as a living national treasure.
He is very good at pattern dyeing and Tsutsu Gaki (one of the techniques of dye) and won the exhibition named Kokuten (国展) several times.
The traits of his design are the lively lines and shapes.

It depicts that the scene seeds beautifully planted on hills welcomes the harvest season.
The different color consistencies appear by the lengths and spaces of the lines, and the appearances vary depending on how to wrap.
The design looks beautiful when it's used as a bag. The color is not a simple navy blue, it includes the sense of grayish color. linen is from France -French linen- and this has the lovely feature which gives you a crisp feeling of linen. The fabric is thin and easy to use as a scarf. 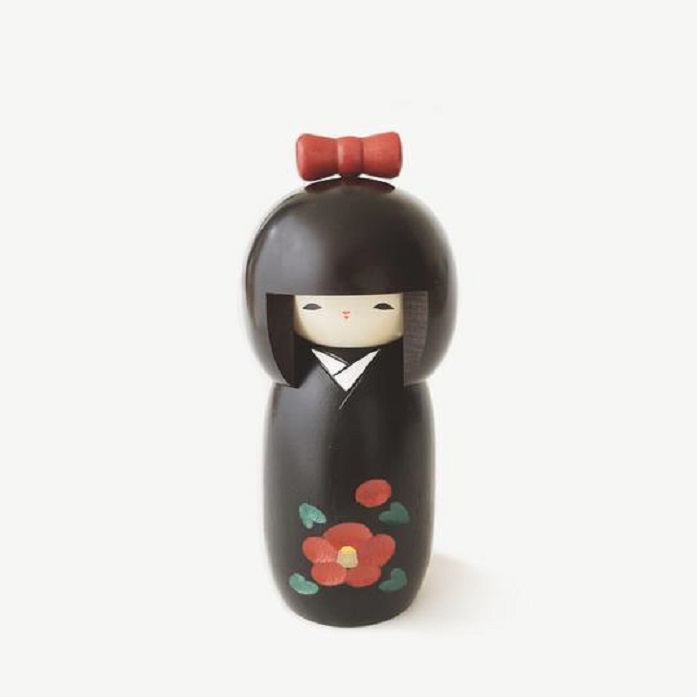